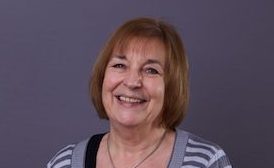 The British Empire Medal is awarded for meritorious civil or military service worthy of recognition by the Crown. In total 920 candidates have been selected at BEM, MBE and OBE level,  306 at BEM, 399 at MBE and 215 at OBE.

Pat was PICS’s first diabetic specialist nurse and has had a long and ground breaking career in providing diabetic care in the community. Pat actually began her NHS career in 1963 and started her career in diabetes in 1978. Pat says the part of her job she enjoys the most are the “patients and the people” and that she feels “humbled” at receiving this honour.