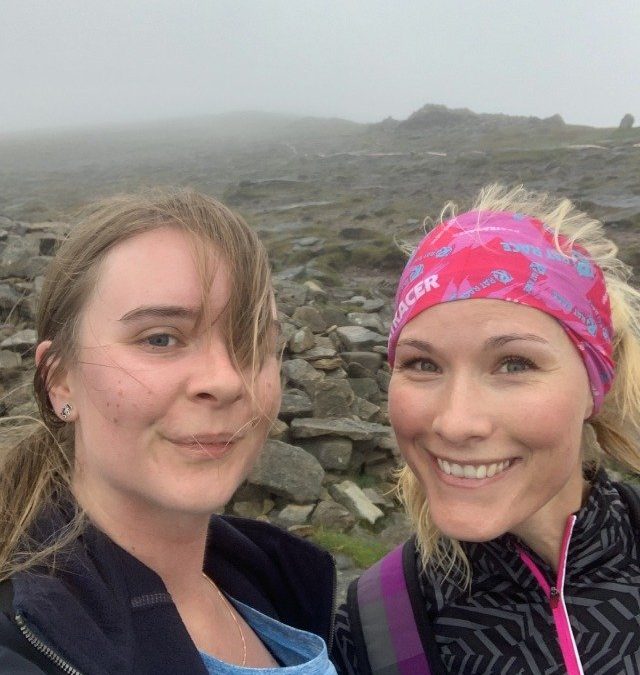 On Sunday 15th September 2019 Jaimie Selby (PICS Cardiology Nurse) took part in the Yorkshire three peaks challenge alongside Amy who is one of the other trustees members of the Heart 2 Heart support group but also wife to a patient of Jaimie. The aim was to raise £600 for a defibrillator for the HF rehab group.

Jaimie said after the challenge. “With a 6:30am early start Myself and Amy were off!  Heading for the first peak of Ingleborough.
Unfortunately, unexpected rain overnight proved for tricky slippy & muddy conditions across the peaks which Amy fell foul of on the first descent.  A badly bruised coccyx and a very sore back later, she had to stop before the second peak.
However, I raced ahead, battling the elements and went on to conquer the next two peaks, Pen-y-Ghent and Whernside.  Many blisters and just under 10 hours later, I completed the challenge! ”

At present they have managed to raise £1,155 which will be able to get the Defibrillator but also help support the valuable support group Heart 2 Heart.

A massive thank you to everyone that sponsored them.